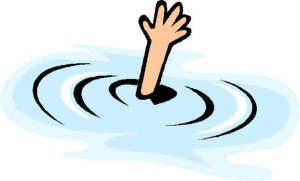 I routinely ban the use of the phrase “I can’t” on the teams I coach, and instead try to teach positive self-talk, and learning different ways to express the challenges we face.

Can’t. It is one of the most self-defeating words in the language. Not only does it mean falling short of what one is trying to do, it also implies that one will not continue in the attempt. In my coaching career, “can’t” was not the wording used when someone was truly physically incapable of continuing…athletes have a whole different set of expressions when they are in that place. “I can’t” was what was used when what was really meant was “I give up”.

“I can’t” is the pressure release valve, it is the jargon to let ourselves off the hook and make the unpleasantness go away. “I can’t” is not a real state of being, but rather an attitude, and often an attitude about ourselves.

We have to be careful, both about using the phrase ourselves and about how we respond when others use it. When a toddler learning to tie shoes gives up in frustration and says “I can’t!”, does the parent just do it for him? Or respond with “Let’s try again”? When an athlete backs away from a challenging training set, saying “I can’t”, does the coach take the easy route, shrug it off and turn attention to others? Or respond with a push of encouragement to keep trying?

We need to learn to hear what “I can’t” truly means. We need to hear the fear and insecurity behind that phrase, whether it is coming from ourselves or others. We need to respond with an acknowledgment of the difficulty AND a pep talk to move through it. “I can’t” needs to be transformed into “I’ll try.”

“I’ll try” does not guarantee immediate success in the endeavor, but does indicate a major change in attitude. “I’ll try” is positive, encouraging, and implies an ongoing willingness to accept and face challenges. “I’ll try” combats insecurity with small doses of confidence, and fear with the hope that at the end of the “try”, the challenge will be overcome. 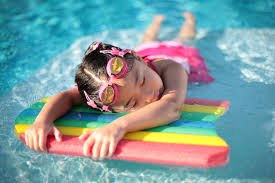 I was constantly bowled over by the strength of the kids I coached, and I don’t mean in the physical sense. Children have an internal, gut-level strength that we adults do not give them enough credit for, and as a coach I was often privileged to see this in action. The following is a true story, and as usual, names have been changed.

A dozen or so years ago, I was head coach of a summer league team, and part of what we would do at the first practice after a meet was hand out ribbons. You got a ribbon for down to 6th place, I think, and anything else got a participation ribbon; the only kids who didn’t get the coveted ribbon were the ones who had disqualified in the event. I had finished handing everything out and the kids were all trickling away, when one little girl approached me. She was ten or eleven at the time, and had a VERY concerned look on her face.

“Coach, I think there was a mistake.”

“Well, I dropped eleven seconds off my breaststroke time, and I know I beat some other girls, but I didn’t get a ribbon.”

My heart sank. I was afraid this one was coming.

“Well, you use that nose plug when you swim, and I know you like it to keep the water out of your nose, but when you dove in and came up,  you reached up and adjusted it which is considered ‘breaking stroke’, so you got disqualified. And that means it’s like the swim never happened, so you don’t get to keep that faster time either.”

Silence, and a concerned frown.

So I explained the technique for blowing air to keep water out of your nose, and assured her we would work on it in practice. I wasn’t terribly worried about it, things like this happen all the time in summer league swimming, and I knew it would resolve over the summer. To me, this was not a big deal.

Fast forward to our next swim meet, less than a week later. The breaststroke event came up, and I noticed Mary behind the blocks, no nose plug in sight. I nudged my assistant coach, and we watched to see how Mary would do without it. She swam fast, and “legally” (no DQ), and dropped 12 seconds off that previous best time! We were ecstatic and cheering, when her mom approached.

“I want to tell you something,” she said, “even though Mary asked me not to. I think you need to know. Mary had me bring her to the pool every day, twice a day, so she could practice not using the nose plug. She didn’t want to DQ again, and have the swim be like it never happened.”

I was floored. What to me was “no big deal” was a huge deal to Mary. In less than a week, Mary had taken it on herself to let go of something she thought she needed, something that probably made her less fearful in the water, and had succeeded. The kind of strength and determination it takes to not only fix a technique detail, but overcome the emotional attachment to a crutch, is something rare to see.

Mary opened my eyes to the strength that children possess, and in fact, I have seen this kind of fortitude far more in children than in adults. I have been honored time and again with the opportunity to share in that journey with a young person, and witness their release of fear, triumph over challenge, and victory over their own insecurity. They are brave in a way I sometimes think adults have forgotten how to be.

My goal for this year has been to rediscover how to be brave. I left coaching, and now I will return in a different capacity, with a new team. Both of these were acts of bravery, and in doing these things I hope I honor the numerous kids over the years who have taught me so much. 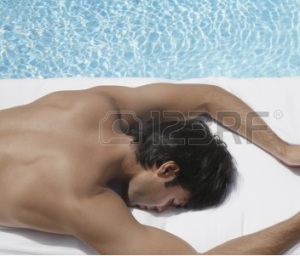 There is no way to train a swimmer to be fast over distance without making them uncomfortable. The hardest part of coaching in my opinion is getting kids to accept, and even embrace, being tired and uncomfortable.Please note that I am NOT talking about ignoring injury pain, which is sharp and breath-taking and a show-stopper. I am referring to the dull achiness of fatigued muscles, muscles which have been doing their jobs as nature intended and are just tired.

It is a very natural, human, self-protective response to back away from physical discomfort and fatigue. It takes a huge amount of mental control and fortitude to continue to push and move and exert, when everything in your body is screaming at you to stop. It also takes understanding that there are rewards on the other side of that discomfort in order to find the motivation to push.

One of my coaching mantras was “Yaaayyyy Tired!!”  I used this to help the swimmers understand that their fatigue and discomfort was not a bad thing, that it was not a barrier unless they made it one, and that they had control of it. They could choose to have a different attitude about it. Instead of thinking negatively, “I feel bad, I hurt, I’m tired, I want to quit”, they could choose to put a positive spin on it, as in “I’m getting stronger, I’m overcoming this, YAY I’m tired!!”  Being Yay Tired was a badge of honor in my groups, and it was a way of signaling to me that they had pushed past wanting to stop.

Embracing Yay Tired is a crucial mental victory. It is an acknowledgment that things in life aren’t easy, that we need to work and sweat and earn what we want, but that when we accept that and even seek it out, our achievements are far sweeter. This is where true self-esteem is born: in the sweating and discomfort, in the pushing to continue on, in not letting your own fears get in your way. It is in overcoming a challenge and conquering that voice that urges us to quit that we find our greatest strength.